It has been a long time when I have written something useful to the people 🙂 . I don’t think I have done much anyway. Today when I was rushing to office at morning, the incident happened. I was waiting at Thiruvanmiyur traffic signal, Chennai. There was a two wheeler besides me, a girl aged around 20-25, was driving it. She was supposed to be a girl working in any IT company as per the appearance. She was in much hurry than me it seems. When the signal was changed to green, she moved very fast and hit a car from the back. Anyway nothing happened to anybody. The car driver scolded her to drive carefully. He doesn’t know english it seems. When he was scolding her, she was keep on using the F word.

Girls always thinks as they are right. Because stupid guys pretend to them to look so often 🙂 . Atleast it happens with majority of girls. They will not even go for the second opinion. Then she started talking like, it was the mistake of the driver since he didn’t move faster when the signal changed. And in between she was using the word ‘f***’ often. Then our hero interrupted them 🙂 . He told the driver to move and came nearer to the girl. He told her that the driver was not feeling well and not ready to do it in public. I was confused for sometime as the girl. But realized before her. 🙂 🙂 🙂 She won’t use the word here after for sure. I thought of getting down from bike and congratulate him. But the signal change made me to move. Those who didn’t understand please read it again 🙂 .

Moral: Use words appropriately. Before that know the meaning of the word 🙂 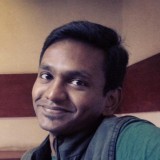 1 reply on “Beware of using the F word”